After 30 years under the wings of Philips, NXP and finally Nexperia, back-end semiconductor equipment manufacturer ITEC has been detached from the parent company. What prompted this move?

As two 4-arm mills rotate, tiny components are carefully picked up from the diced wafer, optically inspected, handed over from one mill to the other to flip the chip over, and finally placed onto a lead frame or tape. Of course, you can’t see any of these steps without slowing down the video footage, since they’re performed at dazzling speed. The latest-generation pick-and-place equipment developed by ITEC is capable of transferring 72,000 dies per hour.

The ADAT3XF die bonder is ITEC’s pièce de résistance. “Our double-mill technology is unique, no other company offers it. It enhances efficiency because every arm is handling a die at all times. In traditional pick-and-place equipment, the single arm has to move back empty-handed to pick up the next component,” explains Marcel Vugts, general manager of ITEC.

Early July, however, ITEC left the mothership. As an independent entity, it will be able to address the third-party market, and Vugts expects this move will be greeted with enthusiasm by the industry. “Even though ITEC operated behind the scenes, many people were well aware of the leading performance of our equipment, even if they couldn’t get their hands on it. Well, now they can.”

Compared to more complex ICs, assembly and packaging costs of discrete components make up a relatively large part of total manufacturing costs. Being (much) smaller than ICs, many more devices fit on a wafer, resulting in a lower cost per component as far as front-end manufacturing is concerned. The relative cost contribution from the back-end is therefore larger. “The back-end is where manufacturers of discrete components need to make a difference. And equipment is an important tool to be able to do that,” says Vugts.

For this reason, Philips decided thirty years ago that back-end semiconductor equipment manufacturing was a strategic activity. Mind you, the famous vertically integrated electronics conglomerate had fallen on exceptionally hard times back then. Tens of thousands were let go and many activities were stopped or spun out. At a time when most equipment development departments were closed down, the Industrial Technology and Engineering Center was started.

ITEC remained an internal activity of Philips, and subsequently of NXP and Nexperia, for three decades, resulting in an installed base of over 2,500 tools. “This is unique, no other semiconductor company has kept its equipment manufacturing in-house. We basically know manufacturing from the inside out and think of solutions starting with the product and process, rather than the equipment,” states Vugts. “Of course, every once in a while, ITEC’s role was reviewed, but every time, it was decided that it was a core activity.”

So what has changed? “We discovered opportunities to increase ITEC’s efficiency and cost-effectiveness. High-tech equipment manufacturing is R&D intensive and exhibits a large scale effect: the more equipment you can sell, the better your return on investment. That’s why two years ago, Nexperia’s management, along with several strategic partners, started exploring whether ITEC could expand its horizon. When the answer proved to be affirmative, it was decided that ITEC needs to be able to present itself as an independent equipment manufacturer.” Incidentally, ITEC isn’t cutting all ties, as it will remain part of the Nexperia group.

Assembly equipment for die bond and chip sort is ITEC’s largest activity but not the only one. The company also offers 1) Parset, a platform for electrical testing of small-signal and power MOS devices, 2) deep-learning enhanced smart-vision inspection systems for both front-end and back-end manufacturing, and 3) AWACS, a software suite for factory automation and smart manufacturing.

“ITEC’s pick-and-place game is about high volume, high precision, high quality, low cost and small dies. We’re constantly looking to push the boundaries and possibilities of our equipment. Several markets are emerging in which these characteristics are equally important. RFID labels are a great example. These have to compete with barcodes, which are essentially free, so cost needs to be driven down as much as possible for RFID to be adopted on a large scale. We’re confident that ITEC can help with that since attaching a very small die to the antenna circuits is part of the manufacturing process, which obviously needs to be very high-throughput.”

“LED displays are also an interesting new application. Mini-LED displays are essentially arrays of individual, millimeter-sized LED chips, some of which are already manufactured using pick-and-place techniques. That’s also being considered for micro-LED displays, which feature even smaller pixels, meaning much more chips per display need to be put in place. This can only be done cost-effectively at very high transfer speeds.”

Addressing new markets is the main motivation to carve out ITEC from Nexperia, says Vugts. “But we also think that increasing scale and working with new customers will increase ITEC’s skill and equipment performance, from which Nexperia will benefit.” Does that mean ITEC is prepared to supply to Nexperia’s competitors? “We plot our own course and exclude no potential customers.”

Now, two challenges await the ‘young’ company. “We need to scale up our organization, setting up our own sales and marketing and product management and forming dedicated teams to work with new customers. We’re also expanding our engineering teams – at our R&D site in Nijmegen alone, we have 25 vacancies on a total of 80 employees – because we have to take steps technologically. RFID chips are smaller than anything Nexperia manufactures, so our equipment needs to be able to handle that. And, longer-term, we need to fundamentally rethink the pick-and-place process to drastically increase throughput to several hundred thousand dies per hour.”

This article was written in close collaboration with Nexperia. 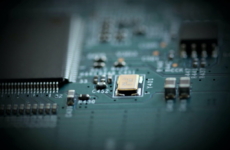 Cut off from advanced manufacturing equipment by export restrictions, China could very well double down on legacy nodes. This should…