Qutech researchers intend to retract their landmark research paper in which they claim to have observed Majorana particles. After re-examining the data as well as the experimental setup, they conclude that their observations can also be explained by other phenomena.

Because of its exceptional stability, the elusive Majorana (pseudo)particle is thought to be the holy grail for quantum computing. After researchers at Delft University of Technology (TU Delft) spotted glimpses of it in 2012, it took another six years to provide – what was then thought to be – strong evidence for its creation inside semiconducting nanowires coated with a superconducting material. By then, the quantum computing research groups in Delft had allied themselves with research organization TNO and the Dutch high-tech sector to create the Qutech institute, aiming to compete in the race to build the first quantum computer of practical value.

Last year, however, the authors of the 2018 Nature paper alerted the journal to potential problems in the manner in which raw data was processed, possibly impacting the reliability of the conclusions. Now, they’ve posted the results of their reanalysis on the preprint repository Arxiv, announcing a full retraction of the original paper.

The Majorana research in Delft gained a lot of international attention. Even before publishing the to-be-retracted paper, Microsoft announced starting its own quantum lab focused on Majoranas on the TU Delft campus. It opened in 2019 and Leo Kouwenhoven, lead author of the paper, became its director. Kouwenhoven is refraining from public statements until the preprint has been accepted by a peer-reviewed journal, he told de Volkskrant (link in Dutch).

The retraction doesn’t mean that Delft-centered quantum research efforts will grind to a halt: from the start, the researchers have been exploring several different approaches in parallel. All of these are already more mature in terms of being capable of performing actual calculations. In fact, it’s already possible to run rudimentary quantum algorithms on simulators or real hardware provided by Qutech’s Quantum Inspire initiative. 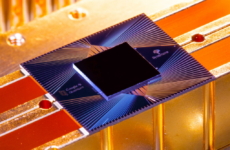 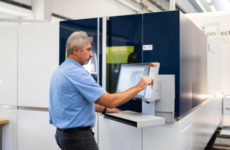