Marco Jacobs is the vice president of marketing at Videantis.

To the younger crowd, Silicon Valley is mostly known for hosting the headquarters of Apple, Facebook and Google, but we all know it’s called Silicon Valley because of the many leading semiconductor companies that started their business there. Since I work for a semiconductor company, I travel to the San Francisco Bay area about once a month to visit customers, partners and conferences.

This time my Silicon Valley experience already started on the plane. My routine is usually the same: after working for a few hours on my laptop, I watch some TV. Looking through the options on the entertainment system, I noticed there were a couple of episodes from a series called Silicon Valley available. Seemed like something I should watch – and I was not disappointed. The show is about a startup working on video compression, which I’ve coincidentally been working on for the past decade and a half. In addition, the series makes good-natured fun of everything that Silicon Valley is.

Parody aside, there’s no denying the region is extremely successful. Company valuations, salaries and real estate are all sky-high there. But why? Are its people smarter? Not at all. Do they work harder? I don’t think so. Are the educational system and the universities there so much better than in the rest of the world? Not really. So what’s the secret recipe? Back home, I re-watch some of Silicon Valley’s funniest moments – and I find some answers.

First, the show highlights the importance of bringing the right people together. Networking, hiring talent and cultural diversity: they’re all regular topics on the show. Star programmers are seen as heroes, for example, like football players in Europe. The show’s software engineers even resort to doping, taking ADHD medication to increase their ability to focus. Access to talent is often quoted as one of Silicon Valley’s key strengths, but talent is available anywhere. It’s just that tech talent is valued very highly in Silicon Valley, and compensated royally. Kids there don’t want to become the next Messi; they want to be the next Zuckerberg. This creates an environment that brings out people’s technical best.

Gorge yourself on Silicon Valley

Another recurring topic on the show is money. Money functions as a huge accelerator in Silicon Valley. Starting a new company? The most influential VCs and corporate funds are just a short ride away. Not ready for VCs? Angel investors seem to be lurking on every street corner. Google received a one hundred thousand dollar check from Bechtolsheim even before it incorporated, for example. To convince investors, you’d better present an idea that can scale to a billion-dollar company within a few years. When every business starts with the goal of making it big, some of them are bound to actually make it. And that means funding is only available to companies with sky-high ambitions. In Silicon Valley, there’s very little room for companies that just do well enough.

Once your company shows the first signs of rapid growth, VCs will quickly steer you toward an exit. Again you hop into your car, and within minutes you can meet with executives at companies that have the means, and are willing to take the risk, to make acquisitions at very steep valuations. The VCs fill their pockets again, and the circle is complete. In Silicon Valley you can raise money locally, attract talent locally, and exit locally. This cycle is like a flywheel that spins faster with every successful exit. Access to money is the key reason Silicon Valley does so well, and the show skewers the topic deliciously – and often.

So here’s my tip: get a month of HBO and gorge yourself on Silicon Valley. Watching the show’s craziest moments is more than just entertaining; there’s plenty to be learned there about what makes tech startups and tech regions tick. I can’t wait for the next season to start. 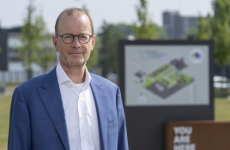 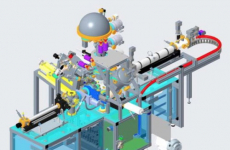 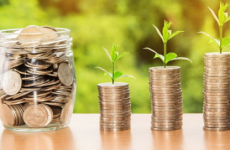 The Dutch government will strongly increase its spending on R&D and innovation over the next few years, according to the…