ASML has been awarded the 2020 Semi Americas Award for “assembling the industry consortium that led the commercialization of Extreme Ultraviolet (EUV) lithography.” The award, which is the highest honor given by Semi Americas, is bestowed on people or organizations for crucial contributions to the advancement of the semiconductor industry. Previously, it was awarded for the development of high-k dielectrics and metal electrode gate stacks and commercialization of copper wire bonds, for example.

“ASML led the effort to develop EUV lithography capability, enabling a continuation of scaling. The effort involved collaboration with customers and vendors and other interested parties and would not have happened without their leadership,” said Bill Bottoms, chair of the Semi Americas Awards Advisory Committee.

“Limitations of UV and immersion-UV lithography presented a barrier for chipmakers and temporarily halted the downsizing of microelectronics. ASML’s years-long efforts drew supply chain support as well as customer buy-in, demonstrating that the industry can tackle major problems when it comes together,” added Semi Americas president Dave Anderson.

The award was presented at the Virtual Semicon West trade fair, which is being held this week. ASML president and CTO Martin van den Brink accepted the prize by means of a recorded video message. 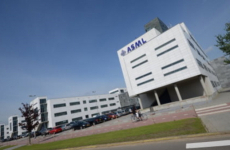 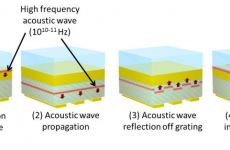