ASML’s history and success have been strongly influenced by IBM’s ambitions to remain at the forefront of chip research from 1988 onwards. The announcement of the 2nm node shows that Big Blue’s role and impact are far from over.

With its announcement of IC production technology for the 2nm node, IBM underlined that it’s still playing in the premier league in chip research. That’s both remarkable and intriguing. Remarkable because it marks half a century of hegemony in advanced chip technology. Intriguing because Big Blue turned itself around from a computer company to a giant consultancy and service organization in the last decades. Although it hardly mentions “hardware” anymore, it definitely wants to be associated with the technical stuff everyone’s talking about these days, like AI, cloud, quantum computing and security.

Yet, IBM still produces hardware. It’s still selling mainframes – now dubbed as the IBM Z platform – together with power and storage systems. Last year, its revenue in hardware amounted to 5.5 billion dollars. This is a mere 7.5 percent of its total revenue, but it nevertheless gives a high priority to research in this area. One would rather expect new nanometer milestones from Intel, a semiconductor company that gets almost all of its sales from chips.

When it was still in semiconductors, International Business Machines made memories and microprocessors for its own mainframes, workstations and personal computers. The reason to invest aggressively in advanced IC manufacturing technology was obvious. The best computers are built with the fastest microprocessors and the densest memories. That’s why IBM has always put a heavy emphasis on research for chips.

This has resulted in a decades-long road of R&D successes. In the 70s, IBM was running the world’s most advanced chip production facility in Burlington, Vermont. In this wafer fab, it produced the world’s first 64 kilobit DRAMs in 1978 and it was the first computer company to build these memory chips into mainframes. In the middle of the 80s, Big Blue made the first megabit memory chips in its fabs in Burlington and Sindelfingen, Germany. At that time, the US and Europa had the most advanced production technology, even though Japanese companies controlled nearly the entire DRAM market. Now, we also see IBM delivering milestones in quantum computing.

At the beginning of the 80s, Philips tried to sell its wafer stepper to IBM’s Burlington fab. However, this adventure with its first outside customer painfully ran aground after the Philips S&I department had delivered and installed its machine in the US. The Eindhoven organization failed to keep in touch with its client and just waited for the orders that never came.

The first time young ASML got a chance to vie for IBM’s attention was in 1988. At that time, Big Blue challenged machine manufacturers to build a new generation of equipment, one that could handle eight-inch wafers. The computer titan boasted that it wanted to be the first company to make chips on those larger silicon wafers. It wanted to equip a completely new fab in East Fishkill, New York, with machines that could handle 200mm wafers. Big Blue called on the entire industry to develop suitable systems.

IBM was in such a hurry to build chips for its future generations of mainframes that it didn’t even want to waste time discussing standardization. It decided to lead the charge alone and to pay the price for the number one spot. That choice spoke volumes about the company’s style. The computer behemoth would ultimately spend one billion dollars on the project.

Peek into the future

ASML’s sales team in America also checked with Big Blue if it was interested in a new generation of steppers. It was, but the chip engineers in East Fishkill made it clear that there was not much hope for them. On IBM’s list of global lithography suppliers, the Dutch company ranked only fifth – at the very bottom. ASML might as well have given up.

Snagging IBM was an ambitious goal and, for several reasons, not an obvious win. Nikon and SVG were the main suppliers for Big Blue’s chip fab in Burlington. The fab’s ties with the Japanese superpower were strong and IBM was eager to maintain the status quo. Switching to another supplier would take a great deal of time and energy, so Big Blue’s production people were highly suspicious of experiments with other stepper makers.

But the people setting up the pilot production for eight-inch wafers in East Fishkill didn’t have any historical baggage. John Kelly, the director of IBM’s Semiconductor Research and Development Center, was in charge of the project, and he was open to new suppliers. He was starting with a clean slate and judged everyone on their merits. ASML’s US sales team turned on the charm to reel in IBM, but in the end, it was the technology that planted the seed for what would become a close and even warm relationship.

Kelly paid a visit to the Netherlands, and while he was there, he became convinced of ASML’s technological superiority. At Philips’ Center for Manufacturing Technology (CFT), he saw a new wafer stage, but he also got a peek into the future: a long-stroke, short-stroke air-bearing wafer table. By then, CFT and Philips’ research laboratories had already equipped both systems with a lens and a dual alignment system.

The alignment ASML was able to provide would be the deciding factor in Kelly’s ultimate choice. In those days, alignment technology played a major role because it was increasingly difficult to accurately overlay exposures for the different chip patterns. Good alignment was crucial and already the number one feature on Kelly’s wish list.

When Kelly saw the status of ASML’s positioning technology with his own eyes, he instantly realized this was the tool IBM had been looking for. He realized that ASML had the best approach and a substantial jump on its competitors. Kelly voiced his preliminary support for the PAS 5500, though he knew he would pay for that choice in a fierce internal battle with the production people at IBM’s Burlington fab, who wanted to stick with Nikon.

After those initial contacts, the relationship between ASML and IBM intensified. Big Blue got heavily involved in the development of the PAS 5500 wafer stepper that became ASML’s breakthrough machine at the beginning of the 1990s. IBM also provided financial support. In those lean years, ASML could hardly invest in non-key features, and its new American partner decided to pay a few million dollars for the development of a reticle management system – a much-needed feature for its East Fishkill fab.

In 1992, ASML and IBM also started talking about step-and-scan. Big Blue had been working on this with SVG for years but wasn’t fully satisfied and decided to ask for advice from ASML and Nikon. Because of IBM’s German factory in Böblingen, there was a European connection and a possibility for EU funding. Janus Wilczynski, who had built a wafer stepper in the seventies for internal use at IBM’s Thomas Watson Research Center, saw the PAS 5500’s growing reputation and worked together with ASML’s Martin van den Brink and Steef Wittekoek to develop a new lithographic scanner.

Unfortunately, ASML’s most important customer and early adopter IBM bowed out in 1993. The computer company was weathering a storm, and the new CEO Lou Gerstner had launched a thorough reorganization. He flipped IBM’s mainframe strategy around, and that affected the chip fab in East Fishkill, which played a key role in Big Blue’s relationship with the Dutch lithography company. Small comfort for ASML: the reticle management system became a huge success.

IBM still uses ASML’s most advanced machines at its SUNY Poly campus in Albany, “enabling logic research for the next decade to come,” Nelson Felix and Luciana Meli from IBM Research write in their blog on EUV patterning. Last year, ASML’s NXE3300 was replaced with the latest NXE3400 EUV system. IBM now uses the fancy name “hybrid cloud scaling research,” but let’s face it, its core is hardware technology. 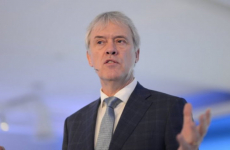 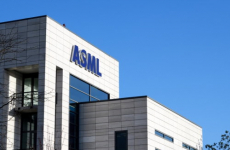 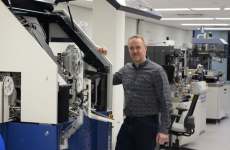